Proud sperm donor: the primary thing for me is helping others

Only around seven percent of men who apply to become sperm donors are approved to join the donor programme. Twenty-two-year-old Peter is one of them. Here he shares his thoughts on donating sperm, including how his family reacted, his reasons for becoming an open donor and what happens if he changes his mind later? 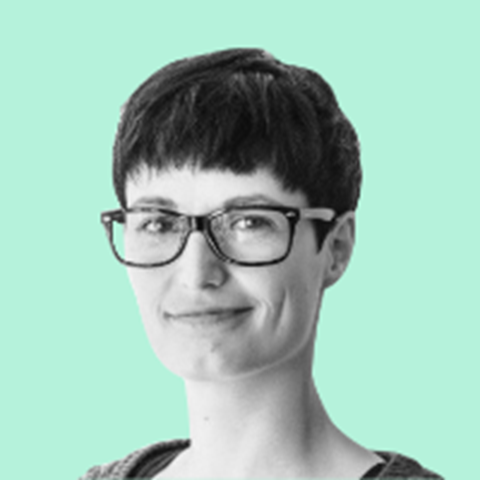 Why did you become a sperm donor?

“When I was eight years old, I remember my dad having some lesbian friends, who had several children with a man they didn’t know. I was a bit taken aback, as I hadn’t had any experience of ‘rainbow families’ before that.

Some time later, my dad got a girlfriend who had two sons. One Sunday morning, when her sons and I were teenagers, we learnt that the father of my dad's girlfriend’s sons was not their biological father. “Are you joking?” and “How can they look so much like their father?” were just two of my questions. But the most important thing was the calm response from the girlfriend’s sons: “So what? Our dad is still our dad.”

I remember finding it very inspiring. That as a sperm donor you can help families from all walks of life. As a 15-year-old I decided that I wanted to be a donor once I was old enough, if I could become approved.”

What was the process for getting approved as a sperm donor?

“I provided European Sperm Bank with two sperm samples, and, fortunately, my sperm quality was good. I also underwent a full health check with a doctor, who was very keen to make sure I was making an informed decision and aware of the facts. My impression was that he wanted to make sure that I was mature enough. I was then invited in for further discussion and an interview. I didn’t doubt my decision at any point in the process and made my first donation when I was 20.”

How was it donating sperm the first time?

“I felt very awkward at first. I had been picturing a dark, scruffy room, but the room was actually very clean, slightly clinical, with light pouring in through the windows. I soon got used to the surroundings and it doesn’t feel awkward anymore. It’s routine for me now – I donate about once a week. It’s about 15 minutes from when I enter the building to when I leave again.”

Who knows that you are a sperm donor and what was their reaction?

“I told all my family and a group of friends about it. There is absolutely no shame involved for me. My dad supported me but wanted to make sure that I was taking my decision seriously. That went without saying for me. As soon as I explain my reasons, people are only ever accepting.”

For me personally, there is zero shame in being a sperm donor.

The most common thing that people judge me for is they think I’m only doing it for the money. But I have a full-time job and don’t need the extra cash. Besides, sperm donors are allowed to have money as their main motivation – it doesn’t change the fact that they are helping other people fulfil their greatest dream”.

Did your family have any reservations?

“The only person who wasn’t so keen was my ex-girlfriend. She felt like she was sharing me with other people. But I explained my intentions, and it got her on board with the idea: “It is my WISH to be a sperm donor, and it’s something bigger than you and me. It’s so important for other people. Donor children are born out of love, and being able to help create life in this way, and help other families from all walks of life with something so meaningful and important will give me a great sense of pride.”

The key thing for me as a sperm donor is helping other people. I am confident that that value will remain important to me for the rest of my life.

As a sperm donor, you are asked to write a personal handwritten message that the donor child can read. How did you approach this?

“I wasn’t totally prepared to begin with, and it was a really ‘up close and personal’ process. The fact that my profile has a series of other concrete facts about me would also give the donor child a lot of intimate information. I thought a lot about how the donor child would feel many years down the line – and whether they would feel resentful when reading my message to them and perhaps would need some kind of explanation?

I would like to rewrite my personal message at some point and add a message saying that they should prioritise cultivating their own interests – for their own sake. And being happy. And looking after themselves.”

Why did you choose to be an open sperm donor?

”The fact that I don’t know my mum too well affected my decision here. When it comes to personality, what is genetic and what is down to culture and socialisation? That’s why it was easy for me to see the point of view of the donor kids and realise that they may have many questions. And I wanted to help with that. I was completely sure therefore that I wanted to be an open donor. I’m totally on board with the possibility of being contacted in the future - and possibly help to give some answers. At the same time, I’m also very aware that they are not my child. I’m not their dad.”

Are you worried that you might change your mind about donating in the future?

"I believe that your values are stronger than your attitudes, which change with time. The key thing for me as a sperm donor is helping other people. I am confident that that value will remain important to me for the rest of my life, so the decision will always be the right one. And if I ever unexpectedly change my opinion, I will need to remind myself that I did this with the very best of intentions. There will always be choices to make in life, and we must stand by. We shouldn’t forget that.”

What is your best piece of advice for men considering sperm donation?

“It boils down to personal choice. If you are in doubt, then you should wait.”